MyApiary creates a buzz for beekeepers 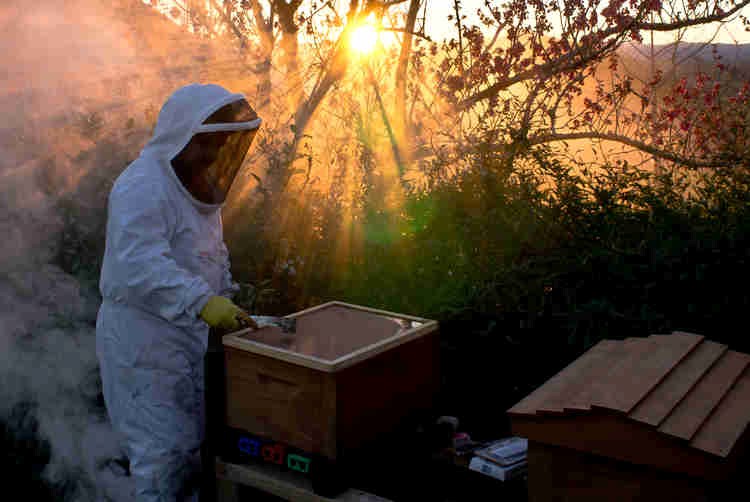 Hamilton-based start-up MyApiary is thriving, taking their innovative idea to a nationally-provided service and looking to expand to Australia.

MyApiary is a technological management tool for commercial beekeepers to help simplify their business management.

It helps manage the day-to-day logistics of the business and records the history of what is being performed on each apiary and from there you can do a business analysis to establish how effective everything is running and if you need to make any changes.

This helps cuts down on the administrative paperwork, as beekeepers can enter the data while on site at the hives, which then links it back to the rest of the team, and they can login and pull up reports and data at any time.

Currently, they provide their services throughout New Zealand, however, after gaining some interest from across the ditch, Darren attended the Australian National Bee Congress in the Gold Coast last month, to start figuring out the Australian market and get their “foot in the door”.

Darren, along with his co-founder Carl Vink, officially launched MyApairy at the Waikato’s Fieldays a year ago, which set the region abuzz, picking up four awards at the Fieldays 2017 Innovation Awards

Darren said it was an incredible triumph to receive acknowledgment of the innovative idea when they first began launching to the market.

He admits that they went to the 2017 Fieldays purely as a marketing strategy, which paid off well for them winning the awards.

“It was fantastic to get the recognition after all the hard work, and it meant we were on the right path. It was good to reflect and celebrate,” Darren said.

Darren has a background in product-development engineering and he identified a gap in the market where he could use his skillset to help businesses.

So, he spoke to beekeepers to establish how his background could blend with their business to help them enhance their productivity.

He said he quickly learnt there was no point giving beekeepers more information when they’re struggling to manage their businesses. Instead, they needed something that could effectively help them.

“Currently, most beekeepers have a very manual-run business, keeping track in notebooks, diaries, paper-based forms, manual data-entry reporting, and running on a gut-feeling, so it was about figuring out how I could help them,” Darren said.

“I saw an opportunity of where I could build my own business with its own niche and being able to work with people who I enjoyed working with.”

Originally from Auckland, Darren made the move to the Waikato for the sake of his business, for the funding, support, networking and mentoring in the Hamilton-based business incubator Soda Inc programme.

While working for previous companies, he had been in many different start-up incubation programmes before. He said the biggest difference with Soda is that rather than just being a programme, they also bring on the experience from entrepreneurs who understand the sector you’re in and work with you one-on-one to help you figure out how to define that market and how to reach the market.

The programme gave him solid foundations from the beginning, to kickstart his idea and turn it into a successfully run business.

“It really helped me with personal growth as well, to reframe my thinking around what’s important in terms of the business, with the business’ needs and customer needs,” Darren said.

Once they started building the MyApiary product, his business mentors and partners were in the Waikato, so he was travelling to the region every week.

“As we started talking to investors, the most interest we were getting was from the Waikato,” Darren.

So, moving to the mighty Waikato made sense. He said it was a bonus that the region provided more affordability in being able to buy a home with his wife, something that seemed financially out-of-reach with house prices in Auckland.

He said being a small business, there are often challenges such as funding or trying to get your product or service out there from the get-go as a start-up company.

However, he said that MyApiary’s biggest challenge at present is being able to meet the demand for their services, which he admits is a good problem to have rather than the latter.

Darren has started training contractors and interns recently, to keep up with the demand.

“We’ve only had our product on the market for 12 months and we’ve reached 10 per cent market share in New Zealand, which is awesome for a start-up and we want to aggressively take that further.”

To find out more about MyApiary visit their website, or watch their feature episode on Rural Delivery on TVNZ On Demand.

SODA is a Hamilton-based business incubator, who works with founders from all industry sectors to create a customised program with the help and support they need and go to market on a case-by-case basis, both locally and internationally, to find the perfect advisor for them to work with.