Healthy Food That Doesn’t Need A Fridge To Stay Fresh 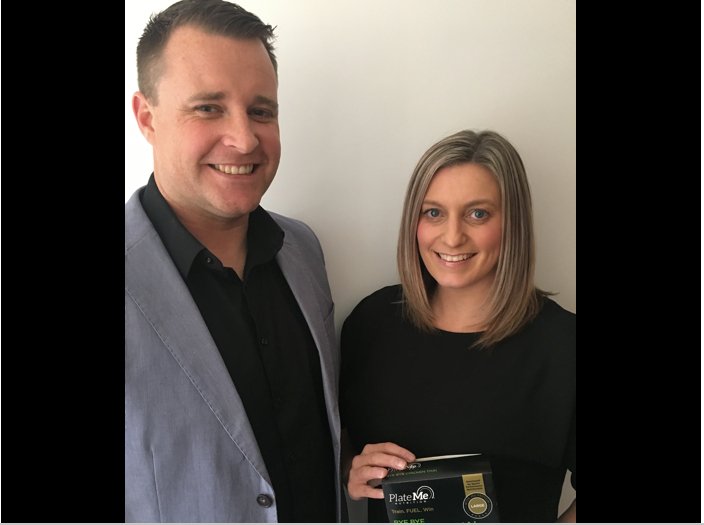 Six years ago when Nick Moore was taking part in the Lake Taupo Cycle Challenge he wanted to eat well to supplement his training, but he didn’t have much fridge space so he couldn’t prepare meals in advance. He thought someone would have invented a quick, easy, healthy meal for athletes that didn’t need a fridge, but found nothing.

He did his research and found a way to make healthy food, including meat meals, that didn’t need to be stored in a fridge or freezer. But it wasn’t until 2015 when his idea actually saw the light of day.

Plate Me is a food company that makes delicious, healthy, heat-and-eat meals that don’t need to be stored in a fridge.

The meal is cooked following a recipe, as you would at home, then put it into two pouches – one for the meat and sauce, the other for a brown rice and chia mix. The pouches are then sealed with a seal so strong you could stand on the pouches and they wouldn’t burst. The pouches then go into a machine and that puts them under heat and pressure to kill food - spoiling bacteria that’s naturally occurring and because of that seal nothing can get back in.

He said this was old technology and similar to what the average Kiwi nana does when she puts a glass jar of jam in hot water to seal it.

Nick and his partner, Wendy McGregor, both worked in the dairy industry in 2015, but when Wendy went through a restructure she decided she’d had enough of reapplying for her job. So, one day Nick asked her, “why don’t we start a business?”.

Wendy left her job that year, put money and time into what would become Plate Me and now the duo’s product is in 19 supermarkets, available online and in several other stores throughout the country.

They launched on in September 2016, and Nick has just, in the past month, left his job to go full-time with Wendy at Plate Me.

“We wanted, and now we have, convenient heat-and-eat meals that are nutritionally accurate. That means they are high in protein, low in fats, low in sugars, and low in calories. We are the only ones doing a shelf stabile heat and eat – meaning you don’t need a fridge or a freezer. It can sit in your cupboard,” Wendy said.

The couple started off marketing and selling to athletes.

“But it’s turned into more than that – it’s been people who have busy lifestyles but still want to eat healthy. We also get quite a few people who buy them for their elderly parents or for their kids who are at uni – they want to make sure they’re eating right,” Nick said.

He said people loved the pouches as not only are they easy to heat with a microwave, if you’re out camping all you have to do is drop them into a pot of boiling water.

Wendy said their customer base was diverse, from flight attendants who take them all around the world to elite athletes who take them to their overseas competitions.

The couple’s next step is to build their own plant so they can expand the business.

“Currently we use the FoodBowl up in Auckland. It’s part of the NZ Food Innovation Network (NZFIN), a government initiative, which has spaces throughout the country for small start-ups like us... it’s a space that we hire,” Nick said.

He explained the Food Bowl in Auckland has the machine they need, the only one that the NZFIN has, and is what makes their product possible.

“But, we want to set up in the Waikato. We’ve been looking in Cambridge and Hamilton. After that we would love to export.

“We’ve had people talk to us about exporting, in particular into Singapore and China, but at the moment our manufacturer is going to struggle to keep up with those demands, so we just need to get our own factory sorted then we can make as much or little as we like,” Nick said.

Nick and Wendy said they are both really proud of how their business is growing, but it’s something they wouldn’t have been able to do without the help of Hamilton-based business incubator Soda Inc.

“I studied at Waikato and Soda had popped up a few times and when we started the business I thought we should go and have a look at them. We had a coffee meeting with them and they were just great. We thought we’d give it a crack so we pitched to the board and they could see the concept and liked it, they gave us a list of things to go and do, we went and did them and came back a month later and got accepted,” Nick said.

They have since graduated from both the SODA Lift and Boost programs.

“We love the SODA team and cannot rate them highly enough. They paired us with Chris Johnson as our business growth advisor and he’s been fantastic, we couldn’t have done this without him.

“We’ve come into this and never owned a business before. We feel like we’re winging it most of the time, but to have someone like Chris who has been just so supportive has been really good,” Wendy said.

The couple said they can’t wait to have their own plant and hope it will be in Cambridge.

“Cambridge has been great for us, it’s a really supportive town and we’re so lucky with all the supportive athletes that live here. We want to stay in the Waikato,” Wendy said.

For more about Plate Me visit their website here.

Soda Inc is a Hamilton-based business incubator, who works with founders from all industry sectors to create a customised program with the help and support they need and go to market on a case-by-case basis, both locally and internationally, to find the perfect advisor for them to work with.