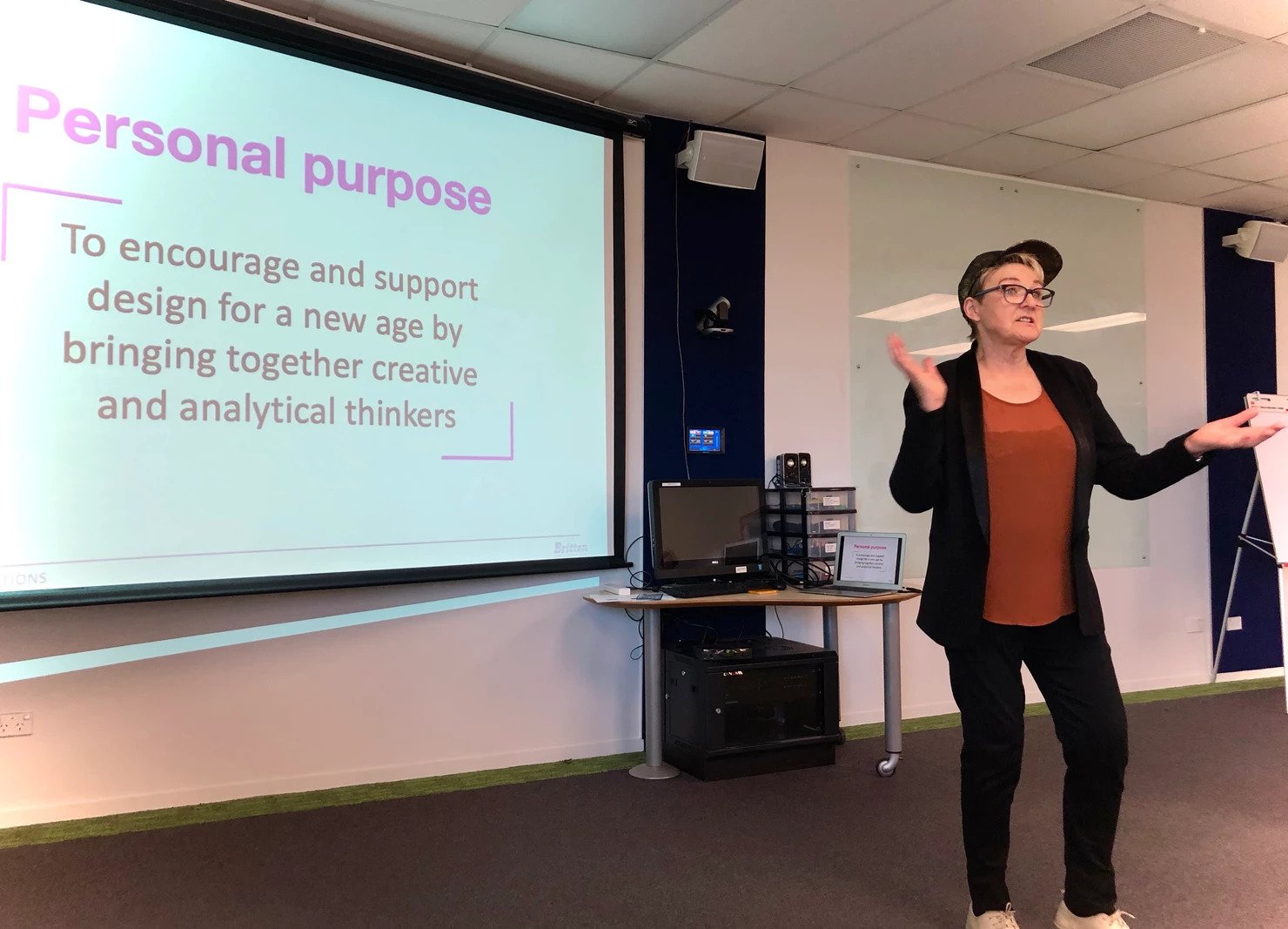 Our Comms & Events Coordinator, Kyra Piccione, went to the Designing solutions for the 21st Century workshop as part of TechWeek 2019. In this quick piece she shares the golden nuggets of wisdom she learned from The Britten Institute’s Dorenda Britten, an experienced design strategist and creative thinker.

Dynamo Dorenda Britten, kicked off the workshop by explaining that she was and had always been an outsider.

“I got sent away from school for asking too many questions. I’m not satisfied with repetitive answers, and neither should you be,” she said.

Many years ago (in the 70s), Dorenda read a “terrible” book called The Dice Man. The premise of the book, she said, was that the world was too complex and so the only way to make a decision was to write six options on a piece of paper and roll a dice.

She did that. It led her to Papua New Guinea where she worked on a cargo ship delivering beer to nearby beautiful islands.

But, she said, once the beer got there and was drunk, there was nowhere for the empty bottles to go. So she wanted to do something about it. She went to the breweries asking if they could implement some kind of pick up system – she would help them execute it. They didn’t want to.

It was then she decided “we cannot extract only from the land forever. We have to create value for the future.”

Dorenda went on to speak about how heroes of our past were people who had all achieved a personal goal, people we idolise. She then urged that the heroes of the future will be those whose goals are to improve our environment, society and returns on investment, “they may not even be here to see themselves be named heroes”.

This is when she kicked into overdrive and the gold nuggets started flying: